Having fun with cars and car people!

Maximum Motorsports makes some really nice suspension stuff for these as well in tiered packages and things can also be bought separately. 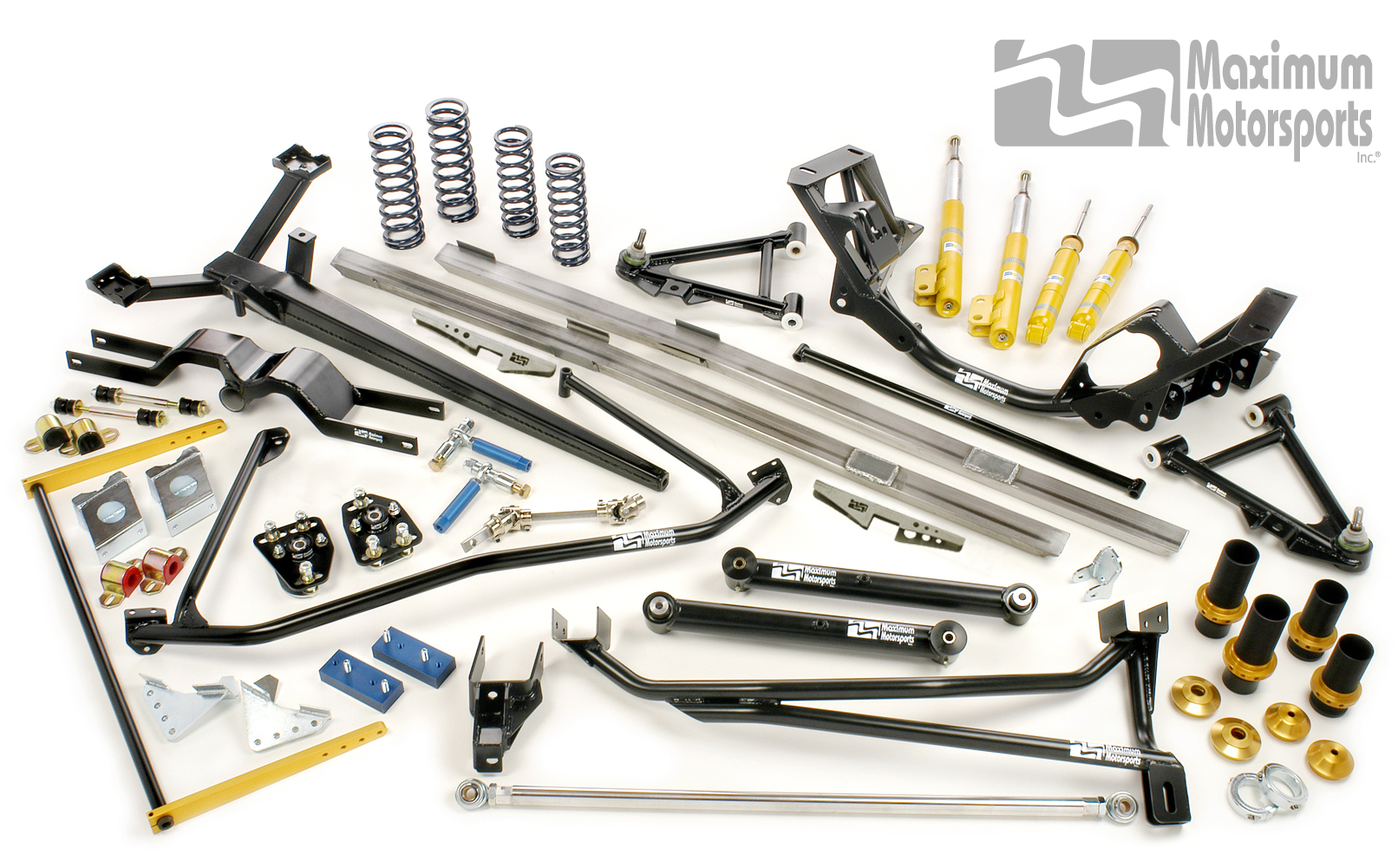 I don't think going with a v6 would save you any money. I'm not completely familiar with the SN95 platform but it will likely have different spindles, rear end, fuel system, ECU, cooling system, brakes, etc. If your just planning on doing a complete ground-up restoration and not reusing any of the original GT stuff then a V6 or GT roller chassis might be for you.
RJ Till
2009 Cobalt SS - STX #20
1965 Mustang 6cyl
Top

The suspension on an SN95 is BARELY better than a Fox, which means it still sucks. You'll have to replace every bit of it to get decent performance.

Stock to stock the 302 is already down 100 hp to the LS1. Also, the 302 only came in the 94-95, which means OBD1. Moates Quarter Horse is a fantastic OBD1 tuning solution for Fords, but OBD2 will always be easier and better.

Don't get me wrong: the CAM rules will let you fix everything wrong with an SN95, but you'll spend more than you would on a 4th-gen.

I agree that the Mustang is a better looking car, and well, a better car. But the Camaro is a better racecar.

It's not that I'm a fanboy. I had planned to buy an SN95 instead of my Camaro, but it just didn't make any sense.

I even looked for a 94-95 to replace my red MR2, but man, are they ragged out at this point, and I can't see the sense in buying a car that's similar to the Camaro, but worse.

All that said, I can understand wanting one, so if you just want one, go for it.
Will Smith
ESP 46 'Merica
Top

AND... There goes the air right out of my balloon.

I thought about something crazy to build like a 4 door Maverick.
Scott "Da Slow" Dobler II
SEDiv SDC www.sedivsolo.com
Its more about the car people than the cars
YOU WANT NUMBERS!!!! LET ME KNOW.
Top

...then talk to Travis Uga
Constantly ignored, never understood, and quite flatulent.
Top

Will, I was thinking the exact same thing.

RACERSD2 wrote:AND... There goes the air right out of my balloon.

And it must be said: the FRPP Terminator media fleet car Ford lent me for a week was absolutely insane. Like "No joke, giving people this much power is actually kind of negligent in a very legal sense of the word" insane.*

If you really want to do this on the cheap, here's what I'd do:

Look for a 248a package car. That's basically the closest Ford got to the 5.0 LX in the SN95 body style: spoiler delete, foglight delete, power lock/window delete, cloth V6 seats. In the 94-95, that was called the GTS option.

Lower it, find some Bilsteins or Koni yellows, shove as much tire as you can fit on 18x10.5" Chinese knockoffs of factory style wheels, max out the front camber, put in a 1-3/8" front sway bar and hope for the best.

You'll have a fun car for sure. Remember that you're essentially driving a 1978 Ford Fairmont and it will put the performance in perspective.

The MM stuff RJ mentioned is actually pretty good, but their Maximum Grip box for a 96-98 will cost you more than the car: http://www.maximummotorsports.com/1996- ... P1036.aspx.

*a journalist driving a press fleet Shelby did manage to kill a pedestrian out in CA several years back.
Will Smith
ESP 46 'Merica
Top

Since I assumed you wanted to be competitive in an sn95, I figured you had come to grips with this reality already:

That stuff is really expensive, but it sure is pretty. Road-race / hpde prepped cars pop up occasionally on svtperformance and stangnet that have already had a MM or Griggs catalog thrown at them, that would probably be the only way to do this on a relative "budget".
RJ Till
2009 Cobalt SS - STX #20
1965 Mustang 6cyl
Top

Maybe you should take a look at the 2005+ Mustangs. They are, after all, almost 10 years old and not ridiculously expensive. The GT had 300HP with the 24 valve SOHC 4.6L engine, not too bad, and I think there are supercharger kits for that engine (not sure though). Better suspension all around and lots of aftermarket stuff. Vorshlag could set you up pretty well, I would think. There are quite a few 2005-06 GT manual trans cars on Auto Trader for less than 10K with lots of miles. Any of the later mod motors would drop in if you wanted lots of go (think 32 valve 5.4L). Drawback is I think they are pretty heavy.
Top

Agreed. The S197 is waaaaaaaaaay better than the SN95 in every respect. I do wish they'd gone with an SLA front suspension, but at least they finally put the coil springs on the struts instead of the control arms.

And there are definitely blower kits for it--I documented a Magnuson installation in one back in the day.
Will Smith
ESP 46 'Merica
Top

Justin actually found this, it would be better at 5-6k though. IRS and the whole MM catalogue thrown at it.